In 2020, during Pandemic Lockdowns and limited access to local skate at parks, the community came together and got a lot of work done on this backyard halfpipe. There is always some maintenance and room for improvements and additions to be made, so if you enjoyed your experience last year skating Karma, please consider making a donation for supplies and tools. Even your $1 donation helps. Open skate sessions this summer are coming soon!

Donations can be made via: Venmo, CashApp, PayPal.

Interested in a private sesh? See the form below!

Fill out the form below to request a private sesh. Please provide additional information your event: is it just you? Small group of friends? Celebrating something? In town visiting family? Want some film for your team? Let’s make it happen!

It started, for me, as the CCD Bowl. I had skated the bowl a few times before Ryan announced he was selling the house and moving to the beach. He put up a post on Facebook in June 2018 asking for help to tear the bowl down. And that’s when the quarters were offered up.

I posted on Facebook asking for help and some trucks and trailers to move sections of the bowl from Arlington to Watauga. Help showed up! Two friends with trucks and trailers met us in Arlington, by the time they arrived at my house, skaters from the local park were there to meet them to unload the trailers.

Now, I don’t know anything about building a ramp, but here the pieces sat. Members of the skate community showed up to help layout the ramp. Neighbors and others donate materials and tools, and the ramp began took shape. Every time I realized I needed more materials, someone came through with exactly what was needed.

There was a church in Arlington that built a ramp for an event. It was passed down through a few others before finally arriving in my possession. It was about to be hauled off to the dump, but instead was donated to the cause.

Finally, near the end of June, the ramp was skate-able. And so – it was skated. All summer.

My life took a turn in 2019, and the ramp just sat. Taking on all the weather Texas could throw at it. And I had no hope of doing anything with it.

But, 2020 was a new year and I was ready to do something again with that ramp. Help showed up and the ramp was not only resurfaced, all the things we had talked about doing two years ago got done. A railing on the back deck to improve safety. A bench for people to sit on. Metal coping on one side. Not to mention the addition of a fire pit to gather around after the skating sesh ends. 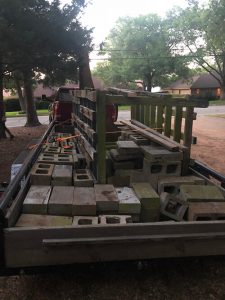 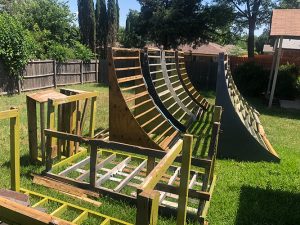 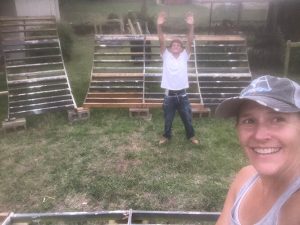 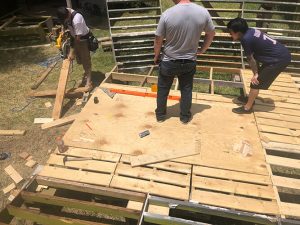 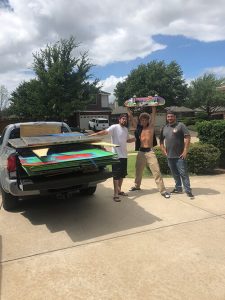 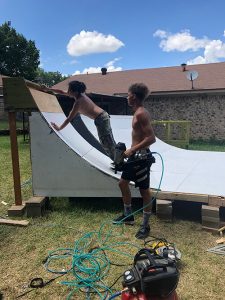 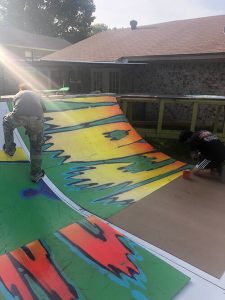 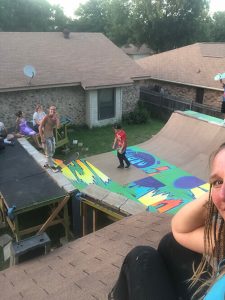 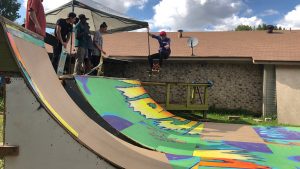 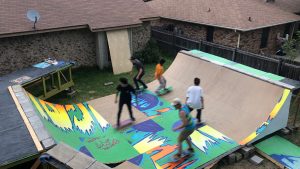 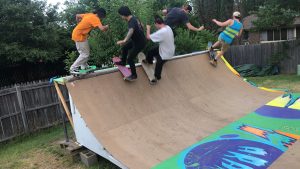 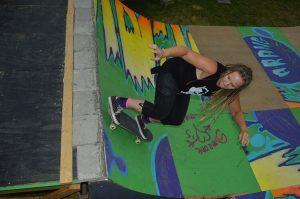 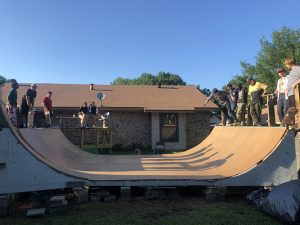 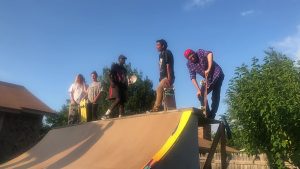